Being Nice and Being Kind 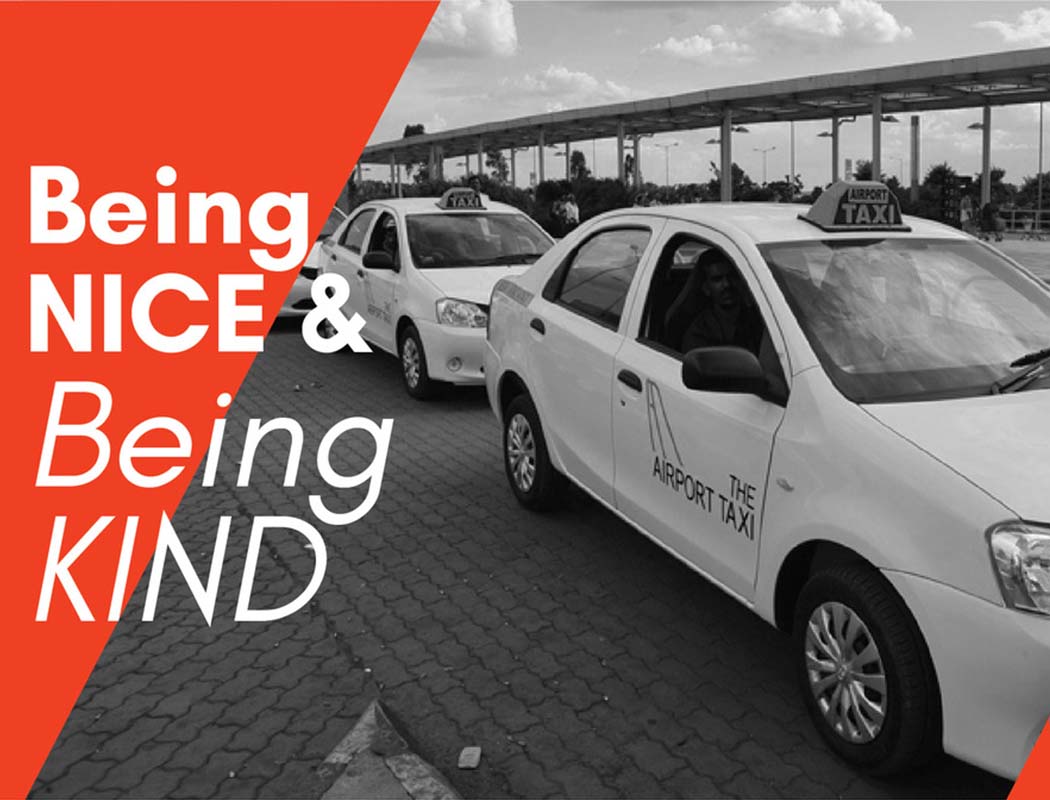 “Manjunath Bangalore Taxi Calling” flashed on my phone screen. I answered the call. On the other end the man sounded low. Manjunath has been driving me and many Jombay colleagues in Bangalore for almost 10 years now. He is the reason we never missed a flight or a meeting or a meal. His business grew as we grew. He bought multiple taxis. His customer centricity is something we admired.

After the initial exchange of greetings on the call, I could sense something was wrong. He started speaking about how his taxi business has crashed due to lockdowns – he hasn’t been able to pay the EMIs of the cars! He couldn’t pay the rent so he went back to his village, and he ended up losing all his savings for his daughter’s treatment (among all of this, she suffered a brain stroke)

Still the man didn’t ask for anything. Knowing the self-made, high self-respect man he was, I mustered courage, and asked, “Manju, mein kuch help kar sakta kya?” The man broke down on the other side. Tears rolled down my eyes. A brief silence. Gathering himself, Manju insisted on repaying me as the business picks-up.

Kabir, our older son, happened to hear this conversation. We ended up speaking about kindness. How in these times when people need help in rebuilding their livelihoods, being nice is not enough. Niceness is skin deep (a bit on the surface/superficial), often serving our own interests of not hurting or harming anyone. Kindness on the other hand, is much beyond Niceness. Kindness is to care for others, without expecting anything in return.

Kabir liked the subtle difference in both, and said he will use this messaging for “Kids be Kind”, an initiative that he runs.